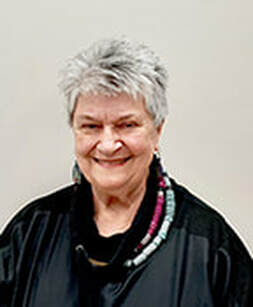 Polymer clay artist Nan Toma was born and raised in St. Louis and has been in motion ever since, moving 19 times since she was married.
"No, we're not running from the law," she says. "Just hubby's career moves. I think we're here to stay."
Nan is Rainbow Springs Art in Dunnellon's most recent member. Her specialty is items like rainbow-speckled fish, playful teapots, kaleidoscopic jewelry, and sassy birds modeled from polymer clay.
But clay is just one of her more recent obsessions.
Nan studied art at Washington University and Central Methodist College in Missouri before leaving to get married.
She's run an antique shop with a friend, selling consignment art. She returned to school at Slippery Rock University in Pennsylvania, where she became enamored of beads because of a professor, and also took a summer metalsmithing program.
She opened and ran a bead shop until her family moved again. She then took watercolor and acrylics classes, focusing on abstract paintings and collages. For a moment, she dabbled in gourd-carving. She studied stained glassmaking for years.
Then, 3-1/2 years ago, she happened upon a polymer clay class that "opened my eyes to the versatility ... the possibilities. ... I was hooked," she said.
She is a member of the Orlando Area Polymer Clay Guild and On Top of the World's Claymates Polymer Clay Club.
She and her husband have two children, two grandchildren, and two dogs.